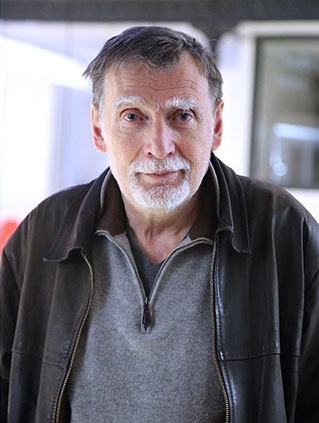 The 2018 GENIE of Honor is an award given to a French or foreign personality who has contributed through his creativity, his sense of innovation and his vision to developing the film and animated image industry. For this new edition, the GENIE Awards committee will have the honor of welcoming one of the pioneers of the visual effects industry, a legendary artist who has never ceased to impress for the past 40 years.

A graduate of the Louis Lumière school in the 1970s, director of photography, then a specialist in mechanical and optical special effects in the 1980s, Christian Guillon became, from the 1990s, one of the pioneers of computer-generated images in cinema, then digital effects. He headed the cinema department at EX MACHINA from 1992 to 1997.

Then, by creating and running “L’E.S.T.” from 1998 to 2010, he contributed to the digital boom in France by designing the visual effects for many feature films, blockbusters as well as author films.

In total, Christian Guillon will have worked on more than 200 films and collaborated with such prestigious filmmakers as Brian de Palma (“Femme Fatale”), Andrew Nicoll “Lord of War”), Costa-Gavras (from “Mad City”, Philippe de Broca (“The 1001 nights”) or Jacques Perrin (from “Microcosmos”).

By creating “L’Agence de Doublures Numériques (ADN)” in 2011, a start-up dedicated to human representation in computer-generated images (digital doubles), then by developing “Preview On set” within the company “Les Tontons Cheaters ”in 2016, he persists in his taste for innovation. Lecturer at ENS Louis Lumière, Christian Guillon is also keen to pass on his art of illusion to future generations. He is also Vice-President of the CST, Chevalier des Arts et Lettres since 1999 and Chevalier de l’Ordre national du Mérite since 2016.

Phil Tippett received two Oscars in the Best Visual Effects category for his work on the Star Wars – Episode VI: Return of the Jedi and Jurassic Park films. A BAFTA, two Emmys, a VES Georges Méliès Award are also on his list.

Drawing inspiration from the work of Ray Harryhausen, he has dedicated his life to designing fantastic creatures and scale models for great movie classics such as the Star Wars saga. The stop-motion chess scene for Star Wars: A New Hope, the imperial soldiers and the hybrid creature Tauntaun for The Empire Strikes Back or the imposing Jabba the Hut and the Rancor Pit monster in The Return of the Jedi are listed among the feats of visual effects in the history of cinema. Phil Tippett is also the creator of the “Go Motion” technique, an innovation that made it possible to design a hyperrealistic mythical creature for the Oscar nominated film, Dragonslayer.

In 1984 Phil Tippett founded Tippett Studio, a company dedicated in part to the use of the “stop-motion” animation technique, used in a number of films such as Willow and Robocop. After Jurassic Park, the studio enters the digital age and specializes in new technologies in visual effects. However, no one has forgotten the herd of deadly spiders created for Paul Verhoeven’s cult film, Starship Troopers.

Today, Phil Tippett combines talent, creativity, ancient stop-motion techniques, modeling and special effects with the most innovative digital and visual techniques to create compelling images on our screens. He is also developing personal projects as a director and is currently working on chapters 3 and 4 of Mad God, a stop-motion feature film.

Phil Tippett recently entered the VES Hall of Fame, made up of a selection of supervisors who have played a significant role in advancing special effects and visual techniques.